Amazon Affiliate Participant: 8mmideas.com is a participant in the Amazon Services LLC Associates Program, an affiliate advertising program designed to provide a means for sites to earn advertising fees by advertising and linking to amazon.com For more details, refer affiliate disclosure and privacy policy.

COMMENT: The voice to head by ELF Technology will be used to fake the Maitreya in due time. It has been used by CIA to control many of the mass shootings for example, “Columbine”, Ft Hood, etc. As strange as it sounds, this technology goes back to 1971 as the links on the verichip shows.

COMMENT: On a previous posting I identified how this maitreya will speak on TV without opening his mouth. Also, the technology is available to talk to people like speakers but by nanotechnology or ELF transmissions the transmissions bypass the ear canals and are “beamed” directly into the brain parts that control the ability to hear the transmissions. Reference the mass school shooting, FT Hood, Columbine, Virginia Tech; etc. The person is sort of a walking antenna using the Electromagnetic circuitry inside the bodies makeup. They can hear conversations, control or effect human emotions and even deliver an electrical shock ANYWHERE in the World to the specific person or persons. This technology I traced to 1971.

Verichip and The Microchip: and The full capacity of this technology

Comment: This Maitreya will be a fraud and will fool the nations. If he speaks without opening his mouth as Creme says, it will be technology and not supernatural or by Maitreya.

source of the study and explanation of this Maitreya

The New Age Religion: brought to us by the Ascended Masters

“Behaviour modification is a key component of peace enforcement”

(Steven Metz and James Kievit, The Revolution in Military Affairs and Conflict Short of War (US Army War College, 1994).

Many of the non-lethal weapons under consideration utilize infrasound or electromagnetic energy (including lasers, microwave or radio-frequency radiation, or visible light pulsed at brain-wave frequency) for their effects. These weapons are said to cause temporary or permanent blinding, interference with mental processes, modification of behavior and emotional response, seizures, severe pain, dizziness, nausea and diarrhea, or disruption of internal organ functions in various other ways.(Steve Aftergood,Softkill Fallacy, Bulletin of Atomic Scientist, September, 1994)

Synthetic telepathy is a term used to describe the beaming of words, thoughts, or ideas into a person’s mind by mechanical means, specifically, some type of electromagnetic transmitter, similar to a radio or television broadcast, operating in the microwave frequency band. In recent years thousands of people have come forward claiming to be victims of this frightening technology.

The Army’s JFK Special Warfare Center and School in late 1991 disclosed that it was looking to develop a PSYOPS Hologram System with a capability “to project persuasive messages and three dimensional pictures of cloud, smoke, rain droplets, buildings (even religious “images” or “figures”). The use of holograms as a persuasive message will have worldwide application”. (Defense Week, March 31, 1997)

Physiological effects have been observed in a human subject in response to stimulation of the skin with weak electromagnetic fields that are pulsed with certain frequencies near 1/2 Hz or 2.4 Hz, such as to excite a sensory resonance. Many computer monitors and TV tubes, when displaying pulsed images, emit pulsed electromagnetic fields of sufficient amplitudes to cause such excitation. It is therefore possible to manipulate the nervous system of a subject by pulsing images displayed on a nearby computer monitor or TV set. For the latter, the image pulsing may be imbedded in the program material, or it may be overlaid by modulating a video stream, either as an RF signal or as a video signal.

The image displayed on a computer monitor may be pulsed effectively by a simple computer program. For certain monitors, pulsed electromagnetic fields capable of exciting sensory resonances in nearby subjects may be generated even as the displayed images are pulsed with subliminal intensity.

In the 1980′s the neuromagnetometer was developed which functions as an antenna and could monitor the patterns emerging from the brain. The antenna, combined with the computer, could localize the points in the brain where the brain events occur. The whole product is called the magnetoencephalograph. (Carole Smith, On the Need for New Criteria of Diagnosis of Psychosis in the Light of Mind Invasive Technology, Journal of Psycho-Social Studies , Vol 2 (2) No 3 2003)

A famed Swedish aircraft designer, Henry Kjellson, observed and recorded heavy stones, each about a 1.5-meter cube, being lifted to a position 400 meters above them by monks using musical instruments. The technique required thirteen drums and six trumpets, complemented by about 200 priests, all placed in a specific pattern. When the trumpets were blown at about two blasts per minute, the stones reportedly would rise and follow a prescribed trajectory to the top of the cliff (cf. Henry Kjellson, Forsvunden Teknik, Copenhagen, Nihil, 1974).

A team of scientists at Intersonics, Inc. of Northbrook,Illinois, has recently accomplished what may be the first prestidigitation, lifting a one-ounce steel ball using nothing but sound waves

MasterCard has invested millions in the development of an E-cash system called Mondex.

Smart Mondex cards have tiny embedded microchips that can store not only electronic dollars but also five other types of currency, an abbreviated medical history and even a personalized electronic “key” that can open everything from your apartment to your office. Technology and finance have become one and the same. As William Niskanen, chairman of the Washington-based CATO Institute, puts it, “The distinction between software and money is disappearing.” (Time Magazine)

The European Central Bank is working with technology partners on a hush-hush project to embed radio frequency identification tags into the very fibers of euro bank notes by 2005. Philips Semiconductors and Infineon Technologies, acknowledged their awareness of the ECB project. “The RFID allows money to carry its own history,” by recording information about where it has been, said Paul Saffo, director of Institute for the Future (Menlo Park, Calif.) (EE Times, 2001) 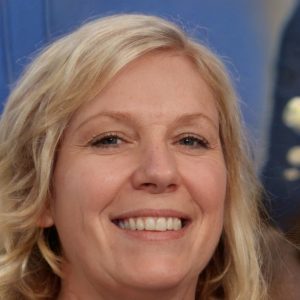 My name is Ananya Casey. When I have free time, I love to write on this site. I too have a job and am currently looking after my husband’s company.

We use cookies to ensure that we give you the best experience on our website. If you continue to use this site we will assume that you are happy with it.OkPrivacy policy